NASHVILLE, Tennessee  Bailey Callahan is a girl who lights up a room. She is a singer/songwriter and recording artist who comes from sunny Florida and now makes Nashville her home.

Callahan got into music when her grandmother made a bet. She said she would give $50 to the first grandchild who learned to play a musical instrument.

She recalls, “Guitar Hero was big at the time, so I thought why not take a hand at a real guitar. It just kind of flourished from there. But, looking back I think my dad had a really big role in my career because of the kind of music that he listened to. It was a big variety, like Pink Floyd, Red Hot Chili Peppers, Celtic Music, Country Music, – it was everything.”

This great variety of music became an inspiration for her as she began writing music. 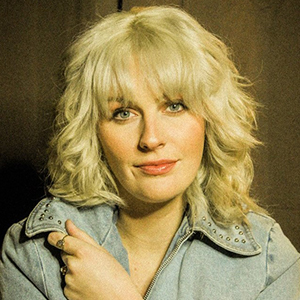 She says about the recently released album, “I learned a lot about myself and others over the last year. This album is about growth and self-discovery. I call it The A and B Sides because I wanted each song to have its own moment. I didn’t want to make a cohesive album and have all the songs sound the same. If I wanted one song to sound like Bonnie Raitt and the next to sound like Eric Church…I wanted to be able to do exactly that. My main goal for this album was to make cool art and great music. This album is 100% my story.”

The twenty-one-year-old had her first real gig when she was just eleven. She played twice a week at a local pizza place for four hours. At that young age, she didn’t know a lot of songs on guitar so she sang to Karaoke tracks.”

Additionally, the Florida native took her first trip to Nashville when she was eleven years old.

She explains, “Growing up, I always had this idea of what Nashville could do for me and my career. It’s very different from Florida. It took me probably until I met a couple of friends here when I started seeing things from a local standpoint and I fell in love with Nashville.”

Because of all the traveling as a teen, Callahan attended virtual school through her county. She was able to come to Nashville about two weeks out of every month. She moved here permanently three years ago, the week after she graduated high school.

Even though she now lives in Nashville, Florida is still her main stomping ground.

She relates, “It’s crazy to say, but I am like this famous person where I am from because I have done gigs there my whole life.”

Since then, she has been a regular at Ole’ Red Orlando for several years now. In the last two years, she has played more than 300 dates sharing stages with some of country music’s hottest names including Luke Combs, Hunter Hayes, LOCASH, Scotty McCreery, Jesse James Decker, and a multitude more. She even sold out the House of Blues in her hometown last year.

Most recently, Callahan has been part of the Song Suffragettes at The Listening Room. “They’ve been really supportive of me. I’m a really big advocate of females in the music industry and I love what they are doing for females.”

The last song she released before her new record coming out was “State of Mind.” The rocking single puts one in a party mood as the singer is determined to move on from her past. In the music video, the alluded chemistry between Bailey’s “Marilyn” and the fictional James Dean heightens the adrenaline of this coastal love story.

The song is conversely different from her first single off The A and B Sides entitled “Bitter” which sets the tone for the album. 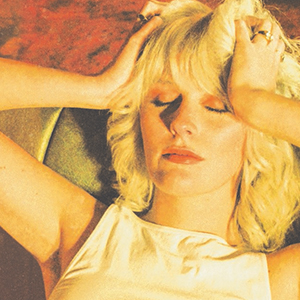 “‘Bitter’ is the most confidant I’ve ever felt in a song,” said Callahan. “We all went through a lot with Covid, and being in quarantine I feel like I had a lot to say. “Bitter” was the first song I wrote, when we were locked down, and it shows a lot without saying a lot. It sums up the southern rock and country sides of me, and it’s the best preview of what this new record is.”

Hearing other songs from the record, I was convinced that Callahan was more rock than country. But listening to the lyrics to a song like “City Lights” you hear the country influence in the storytelling.

She confesses, “I don’t really know what I am. I say that in the most content way. Over the years, growing up figuring out who I was, there was just so many different roads I had to go down as I realized new things about my life. There were so many pivotal moments in my life that altered my point of view and my sound.”

Not only was it difficult being female while pursuing country music, but Callahan also struggled a lot with age discrimination because she started so young.

Everyone said, “Wait until you turn 18 and you move to Nashville.” She did.

Then it was, “Wait until you turn 21 and you can (legally) drink,” She did that too.

Now it’s like, “Wait until you turn 25 so your music will be relevant.”

It was constantly a battle of trying to prove herself and be what Music City desired. She wanted people to see past the 15-year-old who came to town. In Nashville, with so many pursuing the same dream, it is critical that a musician somehow sets herself apart.

In a sense, she became annoyed with the music industry for a while. But she states her dissatisfaction did not influence the writing process. However as she explored these feelings, that is where she kind of went a little more rock-country.

She admits the song “Flip a Coin” is her favorite song off the new record. If you doubt that Callahan is a true country maven, just listen to this song.

“It came from a point in life where I was in a really dark place and self-reflection.” She played the song for her brother and he suggested a change in one of the lyrics. “It was neat to bring him into my livelihood. It was another way we kind of bonded.”

The lyric You can’t flip a coin without some change is the substance county gold is made of.

Although she often writes by herself, Bailey wrote four of the nine songs solo and partnered with Jared Anderson, Johnny Clawson, Davis Branch, and Kyle Sturrock on the remaining five. The album was produced by Robbie Artress (Priscilla Block) and is can be streamed here. A limited-edition vinyl album will also be released through BaileyCallahan.com.

Bailey’s bubbly outlook, vivacious spirit and “go big or go home” mantra led to deals with Jeep, American Bonfire sunglasses, and Taylor Guitars. The song “Jeep Thing” was inspired by her real Jeep and you will see it in many of her music videos.

Bailey Callahan is one of the most driven artists I have interviewed. At age 21, she has been in the business for ten years. She admits, “When I ever have a weekend off, I feel like I am doing something wrong. But I’ve been doing music for half my life and I wouldn’t have it any other way.”

That being said, Callahan is excited to be touring again (including a three-week stint on the West Coast) as she promotes her new album The A and B Sides. Keep an eye out for Bailey Callahan. The energetic songstress is just getting started.