There is no reference point for Karine Hannah because there is no one like her on the planet.

Growing up in Montreal, no one in Hannah’s family displayed musical ability. Although she heard that her paternal grandfather was a gifted “closet singer,” he had no direct influence on Hannah as a child as he never spoke of it. 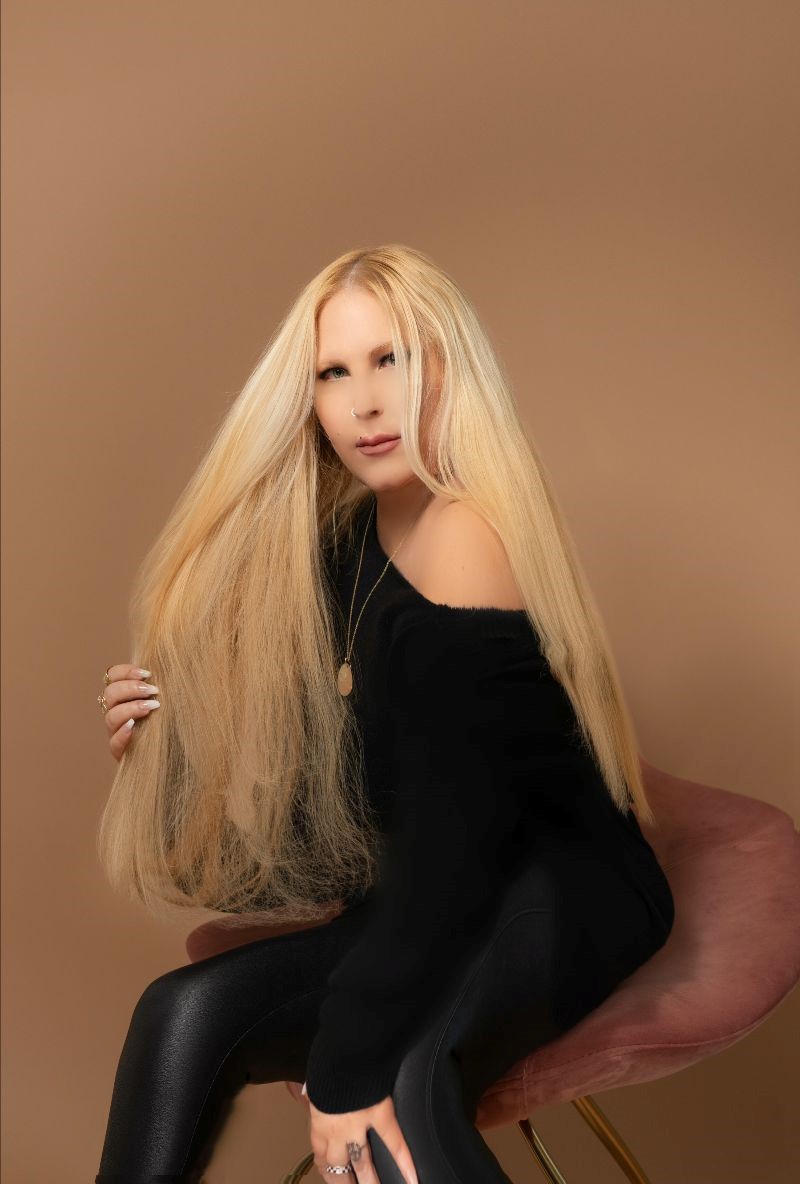 Hannah is a self-taught singer who never had any formal lessons.

“I was heavily influenced by the music that my mother loved. She asked me to sing with her as a tool to get my voice where it is today,” she recalls.

“She had me use them as the tools to learn how to sing,” Hannah advised.

“I was extremely young, my talent was raw, and I didn’t really know what I was doing,” the singer confessed.  But the famed artist was gracious and praised Hannah’s performance.

Since then, Karine Hannah has managed to find much success in the pop music realm.

Recently signed with Heart Songs Music Group, in 2014, Hannah was with Nikki Minaj’s label, Cash Money Records. Their partnership kicked off with her incendiary debut single “Burning Up,” co-written and produced by Josh Harris. It climbed all the way to number 5 on the Billboard charts. Her next single, co-written by Michael Jay and called “Victory,” landed in the top 10 on the Billboard charts. Her duet with Tyce Green covering Bonnie Tyler’s “Total Eclipse of the Heart” is also not to be missed. 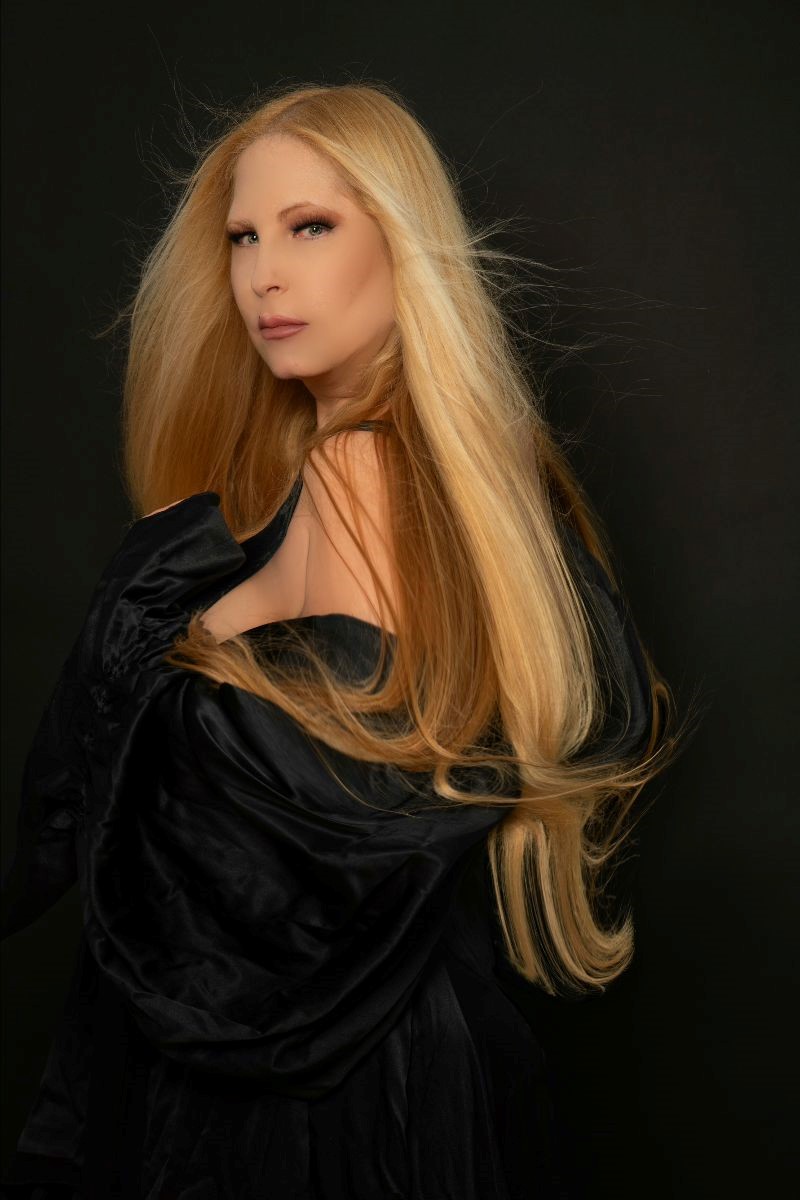 But what caught my attention was Hannah’s recently released LP, simply titled 80s. Although the album is a collection of covers, it was like I was hearing these familiar tunes for the very first time. By stripping and slowing down songs such as “Separate Ways,” “Everything Little Thing She Does Is Magic,” and my favorite, “Waiting for a Girl Like You,” you hear the lyrics in a new light as Hannah’s voice soars with emotion stronger than you thought was humanly possible.

And though she never aspired to sing country music-style lyrics, the words to these rock ballads become infinitely more important as we are forced to heed them in Hannah’s stripped-down, heartfelt versions of these songs.

“Lyrics are important. They mean so much in a song. When I created [the 80s record] that was my goal – to do what I do best and hopefully, the lyrics will come across in a different take. It’s a brand-new song but you recognize the melody.”

Hannah created the 80s record during the pandemic, in her own apartment. In the past, while making a record, she simply recorded the vocals and everyone else did everything else. But during COVID, she set up a recording studio and learned how to engineer and produce her own music.

“This is the first time that I learned how to do it. Not only did I become a recording engineer and work all the gear, but also, I sang and arranged background vocals, the harmonies, everything. I am very proud of the skills I developed. I’m grateful for the technology to do this,” the artist explains.

She continues, “I just had such a feeling in my soul during COVID that there are so many great melodies and songs. I am an interpreter of songs. At that time, I didn’t have the feeling for original music. I just wanted to reimagine the songs and melodies that people are already familiar with and bring a new twist.”

After reimagining Van Halen’s “Jump,” Hannah knew she had something special, and it spurred her to create a full album. Besides the ’80s covers, she has done rock, classics, and, soon to come, 2000s pop covers. An 80s Volume 2 may also be forthcoming. All can be heard on her Spotify station.

Yet with all that in the works, possibly the most courageous and astonishing cover she has ever done may be her recently released cover of Def Leppard’s “Hysteria.” She wasn’t initially familiar with the song, but her producer Josh Harris urged her to consider it.

“Without really knowing the song, I just heard the track and thought, ‘There’s something here.’ I felt that I should do a vocal for it. After I had recorded it, I couldn’t believe it. It was just like the song says. It was a magical hysteria.” 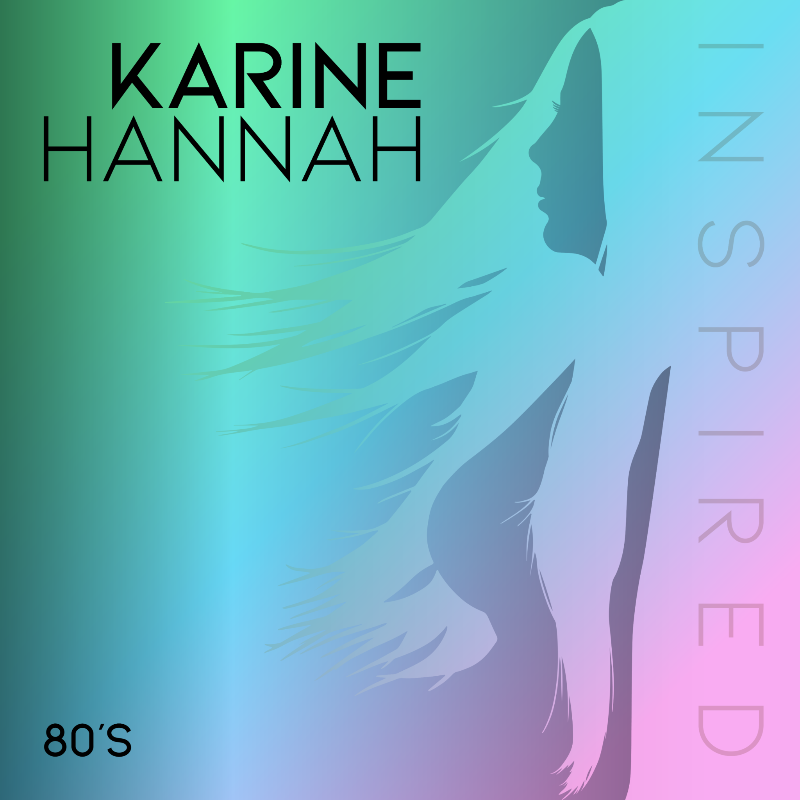 The best way to describe the songstress’s voice is to compare it to Barbara Streisand with the big crescendos and evocative tonality. But add to that the soul-stirring grit and gravel of a Bonnie Tyler and you have the perfect storm also known as Karine Hannah.

Not only that, she has also collaborated with Bonnie Tyler’s songwriter and producer, Jim Steinman, who wrote for the rock-ballad king, Meatloaf.

Hannah knows that I was initially leery of covers of classic rock tunes. But you have to take her body of work and think of it as new music that you are listening to for the first time. Because in essence, it is. You’ve never heard anything like Karine Hannah before.