The State Florida Auditor General released this week the results of an audit into the Department of Veteran’s Affairs, which analyzed the department’s nursing home staffing, time and attendance records and followed up a 2019 audit.

The first issue surrounded staff members missing meal breaks during shifts that ranged from 6 to 16 hours, while other staff were missing their entitled two 30-minute breaks during double shifts.

According to the department’s own procedures and policies, staff members must have written approval from a supervisor to be able to work through meal breaks.

Those who worked without breaks had to provide the time, date and reason why those breaks were missed so they were appropriately reimbursed for their time.

Of the 60 staff members who were surveyed during the audit from 10 nursing homes, 49 of them had recorded that they had worked through breaks. Often during double shifts, the surveyed workers took only 15 minutes for meals.

Between December 2019 and January 2020, 59 nursing home employees had adjusted their logged hours. 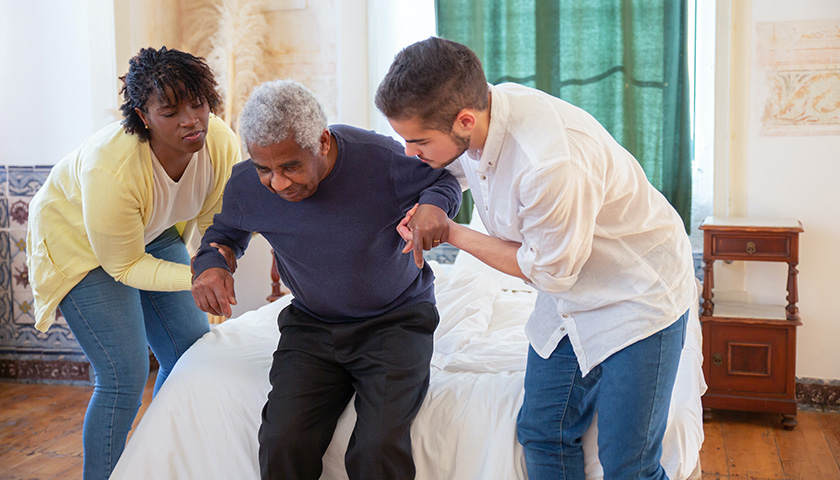 Out of those 59 employees, 15 employees who had lodged adjustment forms, totaling 57 hours and another 12 employees with adjustment requests, totaling 124 hours, had not had their forms verified and signed by a supervisor.

The department responded to these claims and said 12 of those forms were not verified because they lacked staff with the appropriate training to process them.

The auditor meanwhile noted that the volume of staff missing out on breaks could indicate staff shortages or “practices that are inconsistent with department policy,” according to the audit documents.

Also noted was the recommendation to strengthen controls of information technology resources to prevent misuse. Employees should be immediately restricted when access is no longer required, something that currently takes on average around 26 business days.

Furthermore, a previous issue from 2019 was included in the report regarding some discrepancies with procurement.

The department is allowed under state law to procure commodities and services of up to $35,000. Any one-time purchase that is larger than that amount must be an emergency situation that immediately endangers public health, safety, or welfare, or that results in a substantial loss to the state.

Pricing information and quotes must come from at least two different prospective vendors, unless it is determined in writing that doing so would again pose an immediate danger to public safety.

Audit results indicated that there was a total of $857,178 spent between July 2018 and February 2020 on goods and services that did not show that the expenditure was justified or fell into this category.

This included spending $178,695 on one vendor who provided landscaping, debris removal, irrigation system repairs and tree planting at one rest home — this after it sustained damage from Hurricane Michael in October 2018.

These purchases were stated to be classified as emergency purchases by the department, which was documented in an internal memorandum.

The pricing information was not received from the vendor until the following year in February, and there was no evidence that indicated the department had sought out other vendors for quotes.

The department also failed to determine how getting pricing information from other vendors would increase immediate danger to the public or the state.

The results also determined that the work did not begin until almost a year after Hurricane Michael in June 2019, and was not completed until November of that same year.

In response, the department said it was impossible for them to produce these documents, as they had not documented it. The department also said that Hurricane Michael had caused significant damage, which contributed to the delay in hiring a vendor and receiving the repairs.