It was an allegation that dogged Donald Trump for three years: a claim the Republican nominee-turned-president had a secret backdoor communications channel with the Kremlin. Repeated endlessly by the liberal media, the allegation was never true.

Now, Special Counsel John Durham is raising the tantalizing specter the FBI might never have investigated the claim during the height of the 2016 presidential election if the man who brought it to the bureau — Hillary Clinton campaign lawyer Michael Sussmann — had told the truth about its origins. 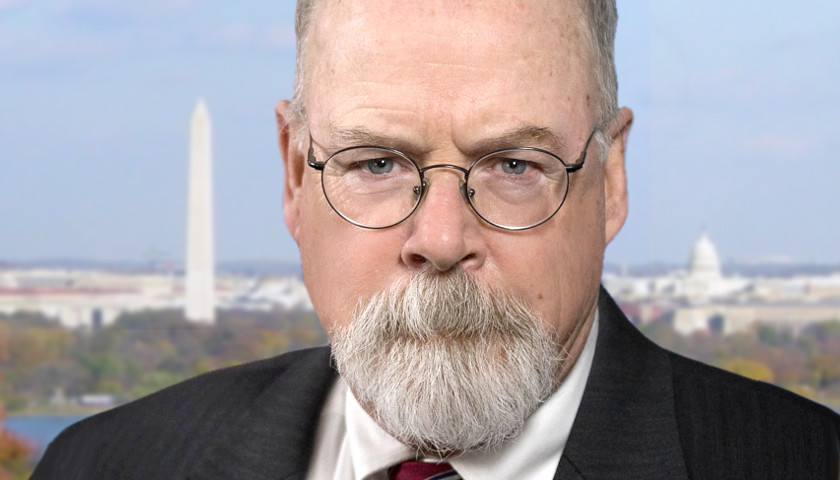 Filings from Special Counsel John Durham this week allege the 2016 Hillary Clinton campaign was working to establish a “narrative” linking the Trump campaign to a Russian bank, in an alleged gambit one expert said was an effort to “infiltrate” Trump servers to that end.

The allegations, first reported on by Fox News on Saturday, are another layer to the densely, multifaceted Durham investigation into the origins of the Trump-Russia conspiracy theory, one that has continued long after Trump left office and that continues to produce fresh controversies on a regular basis.

As we get to the midpoint between the last presidential election and next year’s midterms, all political sides are expending extraordinary effort to ignore the 900-pound gorilla in the formerly smoke-filled room of American politics. This, of course, is Donald Trump.

The Democrats are still outwardly pretending Trump has gone and that his support has evaporated. They also pretend they can hobble him with vexatious litigation and, if necessary, destroy him again by raising the Trump-hate media smear campaign back to ear-splitting levels.