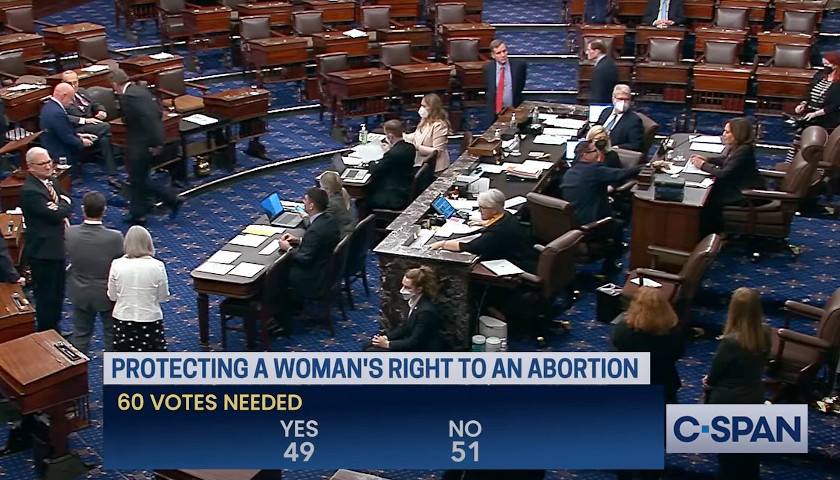 A bill Democrats pushed to shut down state pro-life laws and force doctors throughout the country to perform abortions, even if doing so violates their faith beliefs, failed to advance in the Senate Wednesday.

Desperate to appeal to his party’s radical leftist supporters in the wake of the leaked Supreme Court draft opinion in a case that could overturn Roe v. Wade, Senate Majority Leader Chuck Schumer (D-NY) said the vote was “urgent” to prevent states from restricting abortions within their borders.